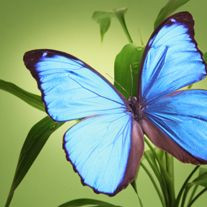 James Anthony Dilmore, 75, of White Oak, Pennsylvania died peacefully and surrounded by his family on October 22, 2020. He was born on March 10th, 1945 in Wilkinsburg, Pennsylvania, the son of the late Francis and Edith (Forgie) Dilmore of Wilmerding, Pennsylvania. Jim graduated from the Ohio University in 1963 with a degree in mechanical engineering, and later earned master’s degrees in mechanical and industrial engineering from the University of Pittsburgh. He was employed by Westinghouse Electric Corporation for 35 years as a research engineer, manager, and director of business and proposal development. During his tenure at Westinghouse, he was awarded five United States patents. For the following ten years, he was an independent business consultant. Jim also spent 20 years helping build and run Braddock’s Trail Gallery with his wife. He served on the boards of the Wilmerding YMCA and the Boy Scouts of America’s East Valley Area Council. Jim was hard working and intense, but patient and always kind. Jim had a skill for understanding how things work and making them work better. He loved working with his hands. He loved playing piano and guitar and singing to his family. He loved to play basketball and softball, canoe and fish. He loved people – especially his family. Jim is survived by his loving wife Georgia (Bradley) Dilmore, his son Jim Dilmore and his wife Ashley (Moss) Dilmore, his son Bob Dilmore and his wife Terri (Collin) Dilmore, his four grandchildren Sadie, Kerry, Kieran, and Saoirse, his brother William Dilmore, his nephew Keith Bradley, and niece Laura Dilmore. The light and warmth that Jim brought to the world was dimmed by dementia far too early but remains bright in the hearts of those who were privileged to know and love him. A family gathering took place on Saturday, October 24, 2020 at Strifflers of White Oak Cremation and Mortuary Services, 1100 Lincoln Way, White Oak, PA 15131 (Sue Striffler Galaski, supervisor, 412-678-6177). A Mass of Christian Burial took place at St. Angela Merci Church in White Oak with burial at St. Mary’s German Cemetery. Remembrances in James’s name can be made to the Greater Pittsburgh Community Foodbank (https://www.pittsburghfoodbank.org/). To share a memory or condolence, visit strifflerfuneralhomes.com

James Anthony Dilmore, 75, of White Oak, Pennsylvania died peacefully and surrounded by his family on October 22, 2020. He was born on March 10th, 1945 in Wilkinsburg, Pennsylvania, the son of the late Francis and Edith (Forgie) Dilmore of Wilmerding,... View Obituary & Service Information

The family of James Anthony Dilmore created this Life Tributes page to make it easy to share your memories.

Send flowers to the Dilmore family.