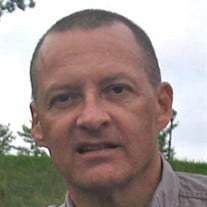 Eric Joseph Kozak, age 60, of Whitehall, died on Saturday, January 16, 2021. He was born in McKeesport on August 15, 1960 and is the son of the late Zolton and Mary Ann Gillingham Kozak. He is survived by his children Steffanie Kozak and Ethan... View Obituary & Service Information

The family of Eric Joseph Kozak created this Life Tributes page to make it easy to share your memories.

Send flowers to the Kozak family.