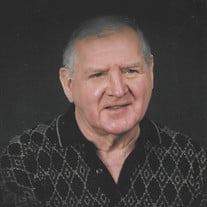 Alfred W. “Brother” Gross, age 84, passed away peacefully on March 11, 2017, at home in McKeesport. He was born December 25, 1932, the son of the late Alfred Sr., and Catherine (Decoursey) Gross; brother of the late Mary Catherine Gross. He was the beloved cousin, friend, and neighbor, to many. Al was an icon to the streets of McKeesport. He never drove a day in his life. He walked everywhere: to school, to work, to church; every day, not just Sundays’. He even would walk to Renziehausen Park as well as to John J Kane Regional to visit his sister; every day, before her passing. No use in offering a ride, he would politely decline. Some of Al’s favorite times were attending church every morning, a trip to Minerva’s Bakery, smoking a cigarette and drinking a beer or two with the guys, on his porch, while grilling out or just admiring his community garden. Neighbors and friends will miss his home-grown tomato and peppers. They were free for the taking. That is who Al was, he was a warm welcome, a good laugh, and a great listener. He graduated from G.W. High School 1950, he served in the Army in the Korean War, was a thirty-five-year retiree from U.S. Steel National Tube, and a faithful member of the former St. Pius Church, now Corpus Christi Roman Catholic Church. Friends and family will be received at Strifflers of White Oak Cremation and Mortuary Services, Inc., 1100 Lincoln Way, White Oak, PA 15131 (Sue Striffler Galaski, supervisor, 412-678-6177), on Monday March 13, 2017 from 2 pm until 8 pm. Mass of Christian Burial will be held on Tuesday March 14, 2017 at 10 am at Corpus Christi Church with Father Steven Palsa. Catholic Burial will follow at Calvary Cemetery, Hazelwood. Donations may be made to your favorite charity. Al had too many favorite charities to mention just one. Condolences may be made at www.strifflerfuneralhomes.com. “We Make a Living by What We Get, but We Make a Life by What We Give”-Winston Churchill

The family of Alfred W. "Brother" Gross created this Life Tributes page to make it easy to share your memories.